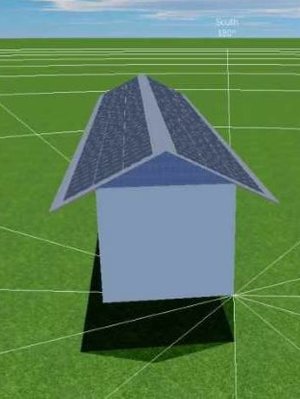 The Rise of the Mini Grid in Kenya

The Rise of the Mini Grid in Kenya

The Kenyan Government are addressing the increasing demand for reliable and affordable electricity supplies to rural areas through the encouragement of decentralised mini grids.

Solar mini grids have been become popular in this vast country as many local communities can benefit from a reliable, safe and clean power supply. The use of solar power from mini grids has also seen a dramatic drop in the reliance and use of diesel generators and kerosene, which both have associated health and environmental risks.

A recent survey by a major investor in Kenya - Vulcan Impact Investing - has shown the local appetite for solar continues to be strong, with many surveyed commenting that their businesses and farms have become more profitable, on average spending only $5.34 a month on solar power.

Over the summer of 2016 the Kenyan Government also signed a €33 million credit agreement with France, for the supply and installation of 23 solar power mini grid power stations in the remotest parts of northern Kenya, with a 9.6 MW production capacity to bring reliable power to the estimated 1 million local population.

The deal will also bring a 0.6-MW mini-grid wind power plant project, meaning a combination of sustainable power production opportunities. The mini-grid deal with France is expected to reduce the average cost of electricity production in Kenya by an average of 20 percent. It will also bring greater energy supply security to the country while supporting valuable economic development as part of the Vision 2030 strategy.

Reliable and affordable electricity supply has long been recognised as key to an increased quality of life and a catalyst for sustainable development. Kenya has nearly doubled the number of people connected to the grid from around 13 million to 25 million since 2013, with about 4,000 schools being connected through stand-alone photo voltaic mini grids.

Large scale power generation projects are also being developed throughout Kenya as a way of addressing the power demand, however such projects are expensive, often take years to build and require extensive infrastructure and ongoing maintenance to connect to the communities who need it.

One such project is the soon to be completed 310-megawatt, 365 wind turbine farm near Lake Turkana in northern Kenya. While the Government are pushing for the target of 100% electrification of Kenya by 2020 through grid expansion, many people consider this unrealistic and instead believe the mini grid offers a realistic alternative for this fast developing country.

With the prices of photo voltaics and associated battery technology constantly falling, the Governments favourable polices towards mini grids is not only stimulating investments into local communities, it is also yielding results towards a sustainable and cleaner Kenya.