Some Swedish town halls are in for a big surprise… 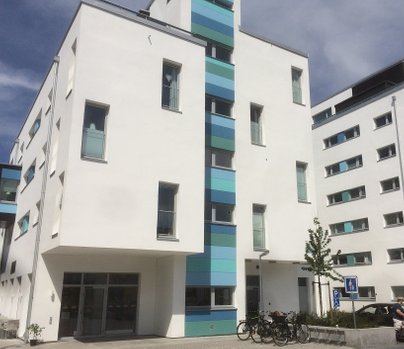 Some Swedish town halls are in for a big surprise - and not of the good kind. Almost all Swedes know that their country is currently experiencing the worst housing shortage ever in history. Also, that it has been getting worse for at least 20 years, especially in Stockholm and other larger cities.

Sweden has now reached 9 967 274  residents. During 2014, the Swedish Government announced that their goal is to increase new construction to 250 000 new dwellings between 2015-2020. There are many who say that this will simply not be enough, including Boverket, - the National Board of Housing, Building and Planning. The record immigration during 2015, with 163 000 asylum seekers, more than twice the amount from 2014, has increased the need even further.

BBC describes Stockholm, the capital of Sweden, as “The city where you will never find a home”. Stockholm's queue for rent-controlled housing is now so long that it’s being considered by the Guinness Book of World Records. Currently it takes 130 years to get a rental apartment in Stockholm. Värmdöbostäder Aktiebolag in Stockholm, did even launch a procurement on the 14th of July this year to turn storage rooms into apartments.

It is also not only Stockholm who suffers from this problem, but every city in Sweden. In May 2016, 240 out of 290 town halls reported a housing deficit. This is an increase from 30% from the previous year.

In Västerås, a city about 100 kilometres west of Stockholm, there is currently not one rental apartment available, unless you have been in the queue for years. Both the largest company, the town hall’s own Mimer AB, who owns about 11 000 apartments and townhouses and the private sector who together owns about another 4 000 rental properties do not have immediately available properties.

To just get an apartment anywhere in Västerås, will usually require several years in a queue. To get an apartment in an attractive area, like the city centre or Öster Mälarstrand, will take at least 8 years and could also go far beyond 20 years depending on where you would want to live.

Of course, there is also the possibility of buying a house or buying a tenant owned / co-op initiative apartment (there are not many privately-owned apartments in Sweden), but there are not many of those available either. Usually they are always sold long before even the shovel has been put in the ground.

This situation with ultra-high demand and low supply, has naturally reduced quality and driven up the prices, and also the earnings for the national construction companies.

Because of this, town halls who are facing budget cuts are also desperately trying to save money when looking for contractors for their own apartment buildings.

Traditionally, foreign companies have always been cheaper, but statistics have emerged recently of several home grown Swedish companies winning public procurement over companies from traditional low cost countries such as, Poland, the Baltic States, the Balkans,  not just by a few Swedish Kronor, but with prices of 25-30% lower than all of the competition.

Most of these home-grown companies have only existed for a few years and their financial records would create nightmares for any sensible person to see; the risk exposure on one public project alone is often larger than their total turnover for the previous year.

However, this does not appear to be a concern if the client is a town hall, as they are pushing to ensure the lowest capital cost wins every time, without asking themselves if the lowest costs are realistic in a country which has the highest construction costs in the world, due to high salaries and the high cost of materials.

Anyone who has ever been involved in purchasing will tell you that automatically accepting the lowest cost is a dangerous strategy, especially with something as complex as a building is involved. With little contingency and an even smaller amount of risk money built in, many smaller contractors are "buying" projects, hoping to make a profit and so risking it all. The town halls and tax payers may find some unpleasant surprises coming their way when things start to go wrong…